Technical Disruption: The Smoking Gun in the Retail Apocalypse?

If you’re in the retail industry, you’ve no doubt heard that we’re in the middle of the apocalypse. As of October, it was predicted that 8,600 stores will close in 2019. And to some extent, it’s definitely felt apocalyptic: customers have had to watch their favorite, decades-old brands go defunct; malls just don’t have the same pull they used to; and retail employees from senior leadership to customer service have felt the reverberations of the shifting cultural shopping trends, in the form of re-orgs, layoffs, and in some cases, complete liquidation. And so often, technology is the scapegoat.

Technology Has Always Been a Disruptive Force in Retail

When you hear “retail disruption,” what comes to mind? The obvious choice would be Amazon, but technology has been a driving force in retail as early as the late 1800s when Sears exploited the newly developed railroad system to deliver products to remote rural locations through their catalog business. As of 1894, the Sears’ catalog reached 322 pages, a prophetic example of the direction retail was heading. The first half of the 20th century, which saw automobiles became widely available and working families spread out of urban centers, was the perfect primer for the next retail change: Walmart opened in the 1960s and thrived due to wide assortments and low prices in newly-established suburban communities.

The second half of the 20th century saw home shopping and megamalls, but ultimately, there was very little change to retail channels. Until the internet. Over a hundred years after steam engine technology caused a wave in retail, Amazon shifted from being an online bookseller to a dominating force in the eComm channel. In the same way Sears sent out catalogs the size of a Game of Thrones novel, or Walmart built miles of aisles in their stores, Amazon expanded their assortment to sell everything and changed its logo to have the arrow pointing from A to Z to indicate this. At the time, retailers saw eCommerce as just another channel–Another “store” to add to their fleets. Today, people look back and see this as the beginning of the end of traditional retail as we knew it.

If the internet provided the spark for technological retail disruption, the launch of the iPhone in 2007 poured gasoline on the fire. Savvy shoppers before the mobile phone may have browsed in stores and researched once they got home and logged on, but as mobile technology became ubiquitous, all shopping experiences had to have a mobile component. The customer journey is no longer straightforward, but a labyrinth of both digital and physical touchpoints. That is to say, it’s omnichannel–To customers and their expectations, anyway. Even if retailers have been playing years of catch up.

Mobile isn’t just another channel; it makes the whole concept of channels obsolete. A significant portion of Millennials and Gen-Z grew up with mobile technology as their primary gateway to the internet. According to Statista, by 2021 more than 50% of all eCommerce purchases will happen via mobile transactions.

Retailers used to be in the driver’s seat when it came to selling to consumers. They had control over their product offerings, delivery, price, and how customers paid. However, due to increased connectivity and an abundance of choices at their (literal) fingertips, customers are now in the driver’s seat. To retailers, this is the apocalypse, but really, it’s the age of true consumer empowerment. The industry must play by new rules to maintain a competitive edge, and legacy retailers who fail to adapt to the new rules will find their business threatened.

How Retailers Can Take Back Control

Inventory used to be the biggest asset on a retailer’s books. Today, it’s data. By effectively harnessing available data, retailers can formulate customer insights based on shopper interaction at multiple touchpoints, both online and offline. Through behavioral analytics, retailers can make strategic decisions regarding customer personalization to further enhance customer engagement, resulting in more sales and increased loyalty. While customers have an abundance of choices when it comes to where to shop, they’ll remain loyal to companies that meet their needs with the highest level of convenience.

Data analytics can also improve supply chain and inventory, through predictive analytics that enable retailers to anticipate demand, more accurately plan orders, and rationalize product assortments. Furthermore, “analytics is a key component of retailers’ digital transformation as it constitutes a fundamental building block of AI, the technology that is radically changing the way retailers operate and interact with shoppers,” according to a recent report from Coresight Research.

Retailers looking to disrupt the industry need (1) customer insights from data and (2) creativity. By doing this, everybody will win–retailers and customers. We can already see disruptive selling models in the form of subscription/personalized shopping services, rentals and resale for customers concerned with sustainability/affordability, and voice assistants for shoppers looking for convenience, anywhere.

Because of data, the retail of the future will be highly personalized, inclusive, global, and diverse. Retailers can now reach customers that they may have never been able to reach before. Take for example Amazon’s pilot program that allows shoppers to pay with cash. They are working to convert the 30% of transactions that use cash to online sales, a play that introduces low-income shoppers to the digital marketplace.

There is no shortage of advice for how retailers can avoid the fate of Payless, Gymboree, and others. Retailers looking to survive the next decade need to focus on digital transformation to not only grow profits (through analytics) but, more importantly, and often overlooked, to maintain a healthy bottom line through operations and supply chain analytics. The thing that caused such a powerful shakeup in the industry could be the very thing that saves it. 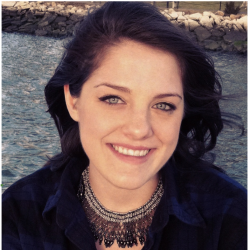 Latest posts by Jenny Gorlin (see all)
Related Posts
Coresight Explores the Returns Problem in Innovator Intelligence Report ( 1 Jul,2019 )
Why Anomaly Detection is a Strategic Enhancement For Retailers ( 1 Oct,2019 )
Should You Blame Your Customers For Your High Return Rates? ( 6 Mar,2019 )
Your Guide to the Consumer Returns Conference 2019 ( 10 Oct,2019 )
Newmine Expands Executive Team ( 5 Aug,2019 )